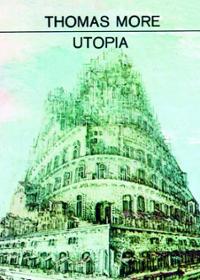 How to Write Dystopian Fiction is a ten-part series written by Silverthought Press editor Mark R. Brand during a two-month independent study with Miles Harvey, Assistant Professor of English, DePaul University. The series attempts to analyze what works in a variety of new and old speculative fiction texts with utopias and dystopias as central themes, and to offer advice to writers about how to use these narrative strategies most effectively. This is part one.

“The fact is, even the sternest ascetic tends to be slightly inconsistent in his condemnation of pleasure. He may sentence you to a life of hard labour, inadequate sleep, and general discomfort, but he’ll also tell you to do your best to ease the pains and privations of others. He’ll regard all such attempts to improve the human situation as laudable acts of humanity; for obviously nothing could be more humane, or natural, for a human being than to relieve other people’s sufferings, put an end to their miseries, and restore their jois de vivre, that is, their capacity for pleasure. So why shouldn’t it be equally natural to do the same thing for oneself?”

​In one paragraph, just four compact and coolly rational sentences, in the middle of a conversation about something else, More positively shreds the entire notion of asceticism, and makes it seem like something a thinking person could no more believe in than unicorns. This is one of the more impressive examples of his intellect, but Utopiais full of moments like this.

What have we learned:
​Much of what I would steal from More for my own work are the same things I would steal from his literary successors: connect early with the audience, keep the point of view narrow, intimate, and empathetic, use the edges of real-world knowledge to extrapolate logically into the future, have fun wherever possible, take personal risks, and above all: say something important about what’s happening right now.
Posted by Mark R. Brand at 8:21 AM

Thanks for the post. With so much dystopian futures being the setting for ... almost everything vaguely related to sci-fi, iI think it's a great idea to start exploring the idea. I want to write about a Utopian future, but all my ideas tend toward it being corrupted, of course. I had one once, where there was no color, and the dictator, who was a wonderful person, found all the colors in the world locked in a special unit at his dead grandfather's home, and unleashed it. And the results were ... that I never finished it. ADHD kicking in, I'm going to go read your next post!

I completely forgot to mention the whole reason I started commenting:

1) You addressed over and covert meaning in narrative. Have you ever read "The Riddley Walker" by Russel Hoban? My friend gave it to me when I was 15 and urged me to read it more than once, and the 2nd reading revealed the covert part, which was ... pretty astounding. It relies heavily on the language of the book, where almost every sentence has another meaning, it's almost two books in one. It also (LIGHT SPOILERS) never really says that it's a dystopian setting, though the reader can ascertain as much in the overt narrative as the story moves along.

2) Thanks for writing this series of blog entries. I look forward to reading all of them.

The only place to start with a review of social science fiction. I probably didn't invent the term, but did promote it while working on my Satirica project.