How to Write Dystopian Fiction (Part 3): Justin Cronin's The Passage 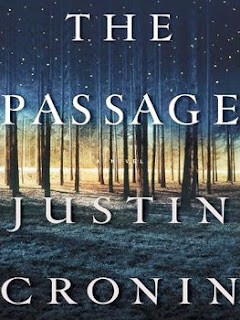 How to Write Dystopian Fiction is a ten-part series written by Silverthought Press editor Mark R. Brand during a two-month independent study with Miles Harvey, Assistant Professor of English, DePaul University. The series attempts to analyze what works in a variety of new and old speculative fiction texts with utopias and dystopias as central themes, and to offer advice to writers about how to use these narrative strategies most effectively. This is part three.

What have we learned:
​There are two ways to look at The Passage. If you want to make a truckload of money, by all means just rehash the coolest sci-fi you've read and make sure you cover all the bases; nubile young girls, vampires, Mad Max, nuclear explosions, telepathy, dreams, all of it. Stir until shaken and call your agent. If you want to write a worthy book, however, one that will be more than a minor blip on the cultural radar and forgotten as soon as Michael Bay or Joss Wheadon directs the terrible adaptation, the list is different: never write about writing books, never write about dreams, never write about the mundane bodily functions and day-to-day unremarkable entertainment of your characters, never re-write scenes from famous movies and insert them whole into your novel, never characterize only the young, nubile female characters and ignore adequately characterizing everyone else (sheesh Cronin, come on dude), never write filler scenes just to extend the page-distance in the novel from one major plot point to another, never mistake an abiding love for genre tropes for genuine originality, and for God’s sake never invent your own card game, fail to explain the rules to the reader, and then write a five page long scene of characters who have no characteristics beyond their own names playing this game.
Posted by Mark R. Brand at 4:01 PM

Don't mince words, Mark. What did you REALLY think?